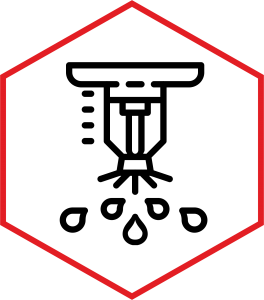 Sprinkler-based fixed fire fighting system is the oldest, most widespread and at the same time very reliable extinguishing system with a long service life. It is an automatic fire fighting system, which is permanently installed in the building or on technological equipment and serves primarily to locate and eliminate a temperature-activated fire, usually without operator’s intervention. When a fire is detected, the temperature element of the sprinkler head opens, a pressure drop occurs in the distribution pipe, which causes the subsequent opening of the control valve and the actual start of the sprinkler fire fighting system. After opening, water is sprayed out, while only the sprinklers that are above or in the immediate vicinity of the fire, i.e. those necessary to ensure extinguishing, are opened. 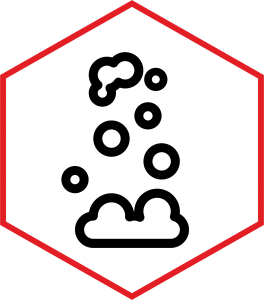 The extinguishing effect of foam varies with the need for protection. The use of heavy, medium or light foam depends on the different degrees of foaming. The principle of extinguishing consists in limiting the access of oxygen to the surface of the flammable liquid or plastic, with the effect of extinguishing increasing cooling – a by-product of foam sprinkler system. 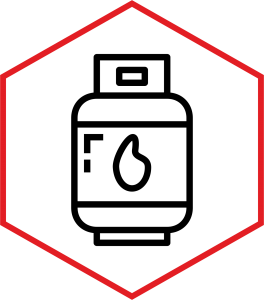 We recommend the use of a gas fire fighting system to protect areas where sensitive technologies or high-value equipment are. It is a fast and very efficient extinguishing system. Types of extinguishing gases used: CO2, FM200, Novec1230, Inergen, nitrogen.

The principle of extinguishing consists in reducing the oxygen concentration in the protected area below a value that no longer allows combustion.